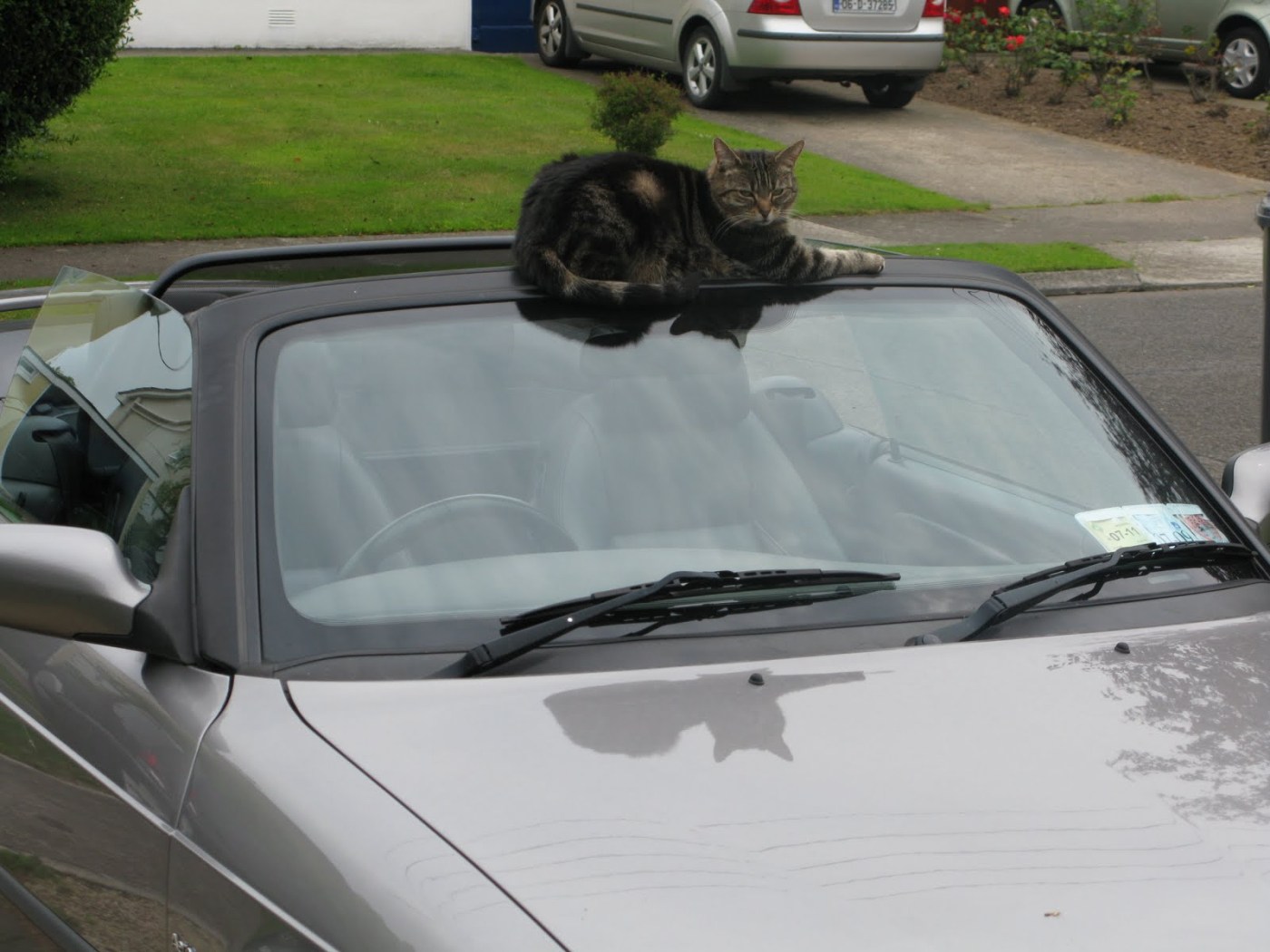 “It looks like Saab could be gone” himself proclaimed recently, in a tone one would normally associate with the announcement of the death of a close family member. “Oh” I said, smiling a huge beamy smile inside. I am not at all upset to hear of the possible demise of the Swedish car company. Like Princess Di all those year ago, I can also say “there are 3 of us in this marriage” and like Di “it’s a bit crowded.” But instead of the horsey looking matron she had to worry about, my ‘other woman’ is a Saab convertible.

The only time I ever threw a vase at him was when he casually announced the purchase of the first convertible. Let me make it clear at this point, that both he and I have our own vehicles. He needs a jeep for his work. This extra car, we didn’t need and back then, we definitely could not afford it either. I tried to throw him out – he wouldn’t go. But I was so angry that he didn’t dare to bring his new purchase home for almost a year. He kept her, like a loyal mistress in a rented lock-up and visited her furtively, on his way home from work every so often. My anger eventually burnt out and we moved to a house with a garage and so she was formally introduced to the rest of the family. I should also say that this first convertible was not actually a Saab. Oh no, this was some kind of kit car that someone else had put together. It had only 2 tiny seats and travelled about 2 inches above the road.

One night he asked me if he could take me up the mountains to see the full moon and stars. Under the cover of darkness we wedged ourselves into this ridiculous car and off we went. The moon and stars were lovely alright but we looked like two elephants in a matchbox as we breezed south on the N11.

Bless him, he spent an entire winter rebuilding the dashboard. Finally after many long, freezing nights in the garage he proudly announced that his work was finished. She had a lovely shiny metallic dashboard. Great. “I’m just going to take her out now for a bit of a run” he announced, “see you in an hour.” Off he went. But about fifteen minutes later I heard him coming in for a landing on the drive. “What happened” I asked nervously looking for signs of damage. “I indicated at the junction and all the electrics blew”. Changing a light bulb is really the extent of his gift with electrics – or any DIY for that matter. And so like all mistresses, old Chitty Chitty Bang Bang was outliving her mystique. He decided to put her up for sale and so began his indulgence in Saabs.

Our Saabs are always a few years old and come from the UK. So each purchase has involved a one way Ryanair ticket to some regional British airport and ferry crossing home. These trips are planned with the same passion and energy of many adoptive parents on their way to Vietnam or China. Paperwork has to be sorted and VRT payments organised. And finally he arrives proudly driving his new baby down the road. This palaver has happened so often now that the only member of the family to display any excitement is the dog. And he gets excited any time anyone comes home!

Our garage has long since been converted and so the Saab lives on the driveway where it only gets very occasional use. Instead we grow a lovely kind of vibrant green moss on the soft top which also provides a cosy, warm, hammock-like bed for the cat on sunny mornings.

I think we were on Saab No 3 when he lost it altogether and decided that I would like one of my own. And so on our 10th Wedding Anniversary I was presented with the key to my very own Saab. Great! We now had 2 spare cars, one of which had to be parked around the corner as the driveway and road outside the house was full. After allowing him to bask in the glory of his huge generosity for a few months I finally got him to realise that having to pay two insurances and two road taxes for garden ornaments was madness. We sold both and yep – he bought another one.

About 3 or 4 times a year, usually on a sunny Sunday he gives his beloved Saab a good seeing to! She gets washed by hand, paying attention to all her nooks and crannys. He completes this ritual with a massage of polish. Afterwards they both sit and bask in the shine!

His devotion to Saab is total and unconditional. A couple of years ago, I thought we could all do with a sunshine break and found us a good deal for a week in the Canaries. He declined to join us saying he was too busy. Off we went and while we were away he managed to free enough time to pay to visit to Sweden to visit the Saab museum. I kid you not!

And the most amazing thing of all? We are still married, cos unlike the tragic Diana – I won’t let the bitch win!

14 thoughts on “My Husbands Love Affair”