I am angry, I hate abortion but I am voting YES 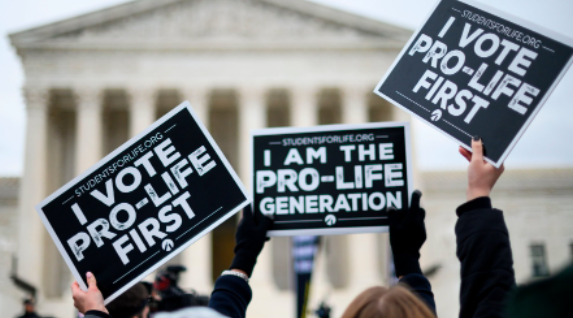 It’s been a funny few months.  An unsettling few months.  A time when I have been acutely aware of something shifting.  This unease began as my eldest daughter and my precious granddaughter returned to their home in Australia in January, after a two month stay here. Once they left and I tried to get back to normal, I was aware of a pressing need to press pause on my life and in some way to take stock of, well, I didn’t really know what.

A week in the Canary Islands in April brought me the clarity I needed.  While there I had the realisation that finally, after almost thirty-one years, I was ready to confront the guilt that I had been carrying and to release it for good.  The relief was simply huge.

I was single and 24 years old, back in 1987 when I became pregnant.  I wasn’t in a relationship with the father and he didn’t live in Ireland.  It was difficult being a lone parent in the ’80s, even though I had the support of my family.  Along with the obvious challenge of trying to provide for my daughter while also caring for her, was the fact that back then, us ‘unmarried mothers’ were a source of constant debate in the media.  Generally, these discussions focused on the fact that state support (the ‘unmarried mothers allowance’) was encouraging young women to get pregnant in order to claim this benefit.  We were in danger of bankrupting the state if you like.  There was also lots of noise around the theory that children raised without a father would most likely have all kinds of emotional challenges and could well turn out to be delinquent.  The legal status of ‘illegitimacy’ was only abolished the year my daughter was born.

Seeing her as a very competent mother herself I think was the trigger that released all this pent up and potentially damaging guilt.   But once I let it all go I became angry.  I am angry that I should have felt that way.  I am angry because I knew it was society that made me feel like a lesser parent when in fact I was a double parent, as are all lone parents, then and now.  I am angry that although lots has improved since I became a single parent, Ireland is still not a great place to parent alone.  Lone parents are still much more likely to live in poverty than two parent families.  The majority of families in so called emergency accommodation are headed by one parent.

Against all this, is the fact that we are in the final run up to the long overdue referendum to repeal the 8th amendment.  And that makes me angry too.  I am angry that we are having this bloody referendum when all the issues that cripple lone parents, particularly in their ability to provide for their children, still exist.

I listened to elder feminist Nell McCafferty speak recently and she wondered why we still can’t celebrate motherhood?  What a simple and profound question.  Motherhood is still the best way to hobble your career and ensure the gender pay gap continues for decades to come.  Yet without motherhood and a new generation, we are all fecked as we enter our later years.

All of this melts my brain.  But not enough to vote no.

I will be voting ‘Yes’ to repeal the 8th amendment because it should never have been inserted into the constitution in the first place.  I voted against it’s insertion in 1983, along with the majority of my constituency of Dun Laoghaire because I believed those who warned that adding such a clause to our constitution would ultimately endanger women’s lives.  As we know that turned out to be the case.

But I hate abortion.  Sometimes it’s clearly a traumatic and sad necessity.  But mostly it is sought because a woman just cannot make the sacrifices, emotional, psychological and practical that she will need to if she is to consider continuing her pregnancy alone. And those sacrifices are huge and cannot be underestimated.  So I  totally understand that.  I make no judgements whatsoever on women who have made that choice.

But what I hate is that as a country, we haven’t made it easier to be a lone parent.  This supposedly new, modern, liberal Ireland still discriminates against those parenting on their own.  How can women really make a balanced decision on their pregnancy when the dice is loaded against them.  I hate the fact that women who find themselves in a ‘crisis pregnancy’ today have really only one solution – abortion.  It’s a clear improvement from Magdalene Laundries and Mother and Baby homes but it’s a crude solution, particularly for women who might consider going it alone if they could just work out how they could without damaging their earning ability and their mental health.

Perhaps I am an idiot but in my head my feminist nirvana is one where all babies are celebrated and all mothers are feted and facilitated once they become pregnant so that there is no such thing as a crisis pregnancy, as we understand it today.  A nirvana where abortion exists but is generally only required in those tragic circumstances such as fatal foetal abnormality and in cases of rape and child pregnancy.

Am I mad?  Perhaps, but in voting ‘Yes’ on May 25th I feel that I am doing my bit to undo the injustice, the hurt and the suffering caused to so many women by it’s insertion in the first place. But it is only a first step.  I live in the hope that with more women in politics we will eventually make Ireland a great place to be a single parent.  And in doing that, we might finally put the ghosts of Magdalene Laundries and forced adoptions to rest.  And I could stop being angry.  And Nell McCafferty could rejoice in how wonderfully and practically we celebrate motherhood.