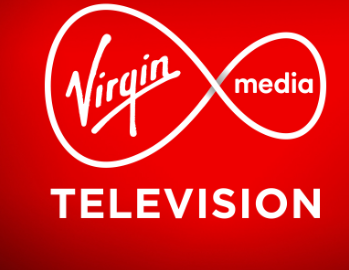 So, we were having issues with our broadband recently so we put in a call to our supplier, Virgin Media with a request for help.  We were logged for a call out and waited for the text with date and time.  The text that arrived went as follows:

“Hi, your Red House Ninja today will be Fred (not his real name).  He’ll contact you before his arrival time.”

Fred turned out to be a very efficient and pleasant engineer who fixed our issue.  But I have to tell you I was a bit disappointed that he didn’t cartwheel up my drive and execute some kind of high jump as I opened the door.

I was regaling this story to my mother and much to my surprise she also recently had a Virgin Media Ninja experience.  She had been in contact with the company over a problem which necessitated a new modem which was quickly dispatched to her. When it arrived, she phoned them to enquire what exactly she was meant to do with it.  They tried to instruct her to connect the cables to it, but she informed them that at 82 years old she was well beyond crawling about attaching cables to pieces of mysterious equipment.  So the nice people in Virgin said they would send someone out the following day.  A few hours later she got this text:

“Woohoo! Your Virgin Media Red House Experience is booked for Friday 30 June.  Your Red House Ninja will arrive between 12:00 and 16:00 hours.  If you wish to cancel this please reply Yes.”

My mother, who is no eejit let me tell you, stared at this mumbo jumbo and decided she must have inadvertently signed up for some kind of kids programme and so, erring on the side of caution she replied Yes.  She then wondered why her engineer never arrived.

I am sharing this tale because, sometimes in an effort to be cool and different and trendy, companies get it more than a little bit wrong.  I am not sure what kind of a meeting came up with the idea of calling their engineers ninja’s but it didn’t make me laugh and confused and annoyed me mammy.

More seriously though, I think our new Taoiseach may be being led down a similar path by his advisors.  Only a wet day in the job and with a fairly modest track record of achievement in the ministries he held, he or someone close to him, has completely misunderstood the power of PR.

You see the electorate (you and me, in other words) will tolerate a bit of messing if they have confidence in the person but it’s too early for the level of nonsense currently being indulged in by the Taoiseach.  Leo is untested in his role and his efforts to stamp his ‘quirky character’ on our consciousness are premature, contrived and may very well end in disaster.

We get it – he’s young and trendy and fit; we know that he’s the polar opposite to Enda’s country bumpkin, fist bumping act but so what?  He is paid to led the country.  And dancing about in comedy socks, and grinning madly at the wonder of his own physical prowess and cleverality is a bit nauseating.

No one likes a smart aleck.  And Leo is definitely the smartest aleck around at the moment. He is Irish – the nation that invented the craic. That we appreciate a bit of messing is beyond dispute.  But only it only works in the right context and it definitely doesn’t work when he is representing Ireland on a world stage.  So whether he is welcoming a foreign leader to Dublin or on the steps of 10 Downing Street we would appreciate him parking his self-proclaimed ‘quirky personality’ stuff, certainly until he has proved that he is indeed ‘deserving’ (his word, not mine) of the high office he holds.

As for Virgin Media – great service guys but please give your engineers the respect they are entitled to.  They might be ninjas in your heads but to your customers they are technicians.

Actually, I wasn’t entirely sure what a ninja was until I looked it up.  It’s a person skilled in the Japanese art of ninjutsu.  Wikipedia actually describes a ninja as “a covert agent or mercenary in feudal Japan” whose functions included “espionage, sabotage, assassination and guerrilla warfare.”  Jeez, let’s hope no one tells Leo.  Smart Aleck is bad enough.  But a ninja smart aleck – God forbid.