Ernest Hemingway said that “a cat has absolute emotional honesty; human beings, for one reason or another may hide their feelings, but a cat does not.”  And as someone who has lived with cats all her life, I think our Ernest is right.  But I never really thought that cats were that fickle until I lost the love of two of my most beloved felines.  And yes, I live (or lived) with four of them.  Let me tell you my tragic tale.

We have a permanent population of four cats.  The older two are boys – Scooter and Diego and the younger two are girls – Mabel and Oprah.  Now Oprah was a feral young cat that we rescued from the back yard of a pub in Dalkey, one very cold December day about four years ago. We knew that she would never be a lap cat as she was always wary of people.  But we kept her indoors until she had all her vaccinations and was spayed and then she joined the others in using the cat flap to come and go.  Although not keen on people, Oprah got on well with our other cats and they with her.  And even though she spent most of her time outdoors, all was well.  All was calm.

About two years ago Oprah started to spend more and more time outside, only coming back to us maybe every two or three days.  These intervals increased, although every time she did return, she looked well and happy.  We figured that she had adopted another family who were also feeding her but it seemed to suit her so we were cool with that.  By last summer we figured that as Oprah was now only a part-time member of the family and so it appeared we had a vacancy.  And so as always happens our next kitten came into our lives a few weeks later.

We were visiting our local pet superstore where a local cat rescue group where ‘showcasing’ their wares so to speak. And yep, we all fell in love with a long-haired tortoiseshell kitten with, wait for it, only three feet!  The little mite had been born without the foot on the end of one of her back legs. As experienced cat owners who could afford to pay for the radical surgery she would need once old enough, we knew she was the cat for us.

And so, we were restored to four full time cats.  Now we have long experience of introducing a new kitten into the family. As usual we kept her in a room on her own till she relaxed and was comfortable and slowly introduced her to the rest of them and increased her access to the rest of the house.  As usual the others weren’t overly delighted at this new addition who we named Rio, but that was normal. It would just take time.  Except this time, it didn’t.

From the get go, the boys, Scooter and Diego hated her.  They were clearly very put out and so they went out, a lot.  But it was last summer with its glorious weather and I was sure they’d come around as soon as the days shortened and the temperature dropped. Except they didn’t.

Now let me be very clear, both Scooter and Diego were typical neutered male cats; affectionate, lazy and very laid back.  They were the cats who slept at the end of my bed, who joined me on the sofa to watch TV, who thought all my meals should be shared and who I know loved me.  Like, a lot.

As winter began to bite harder, Rio had her operation which involved the amputation of the footless leg and I hoped this might soften our lads’ hearts. Rio adapted well and hops around more like a rabbit than a cat. But the lads stayed away.  They came in to eat and if it was very cold, they would stay in and sleep – usually somewhere far away from the rest of us.  But they wouldn’t look at us and worst of all if we picked them up, they actually growled.

That was a year ago and nothing has changed, except we discovered Diego’s new family who live two doors away (he was always lazy). We have asked them not to feed him and they don’t but he still prefers their house to ours.  As for Scooter – we sadly haven’t seen him now for weeks. He seems to have found his new home a little further away.

This is not a funny story but a rather sad one which I hope doesn’t spoil your Sunday. But I share it because it underlines what being a cat companion is all about. They are the boss. Every day they make a choice to share their lives with you and when it’s over it is over. As Ernest said they are absolutely honest.

And yes, I guess we now have a vacancy, or maybe two.  But what we really want is our boys back at home where they belong.  So, if you have any suggestions (based on science or solid experience) please send them this way. And getting rid of Rio ain’t one. 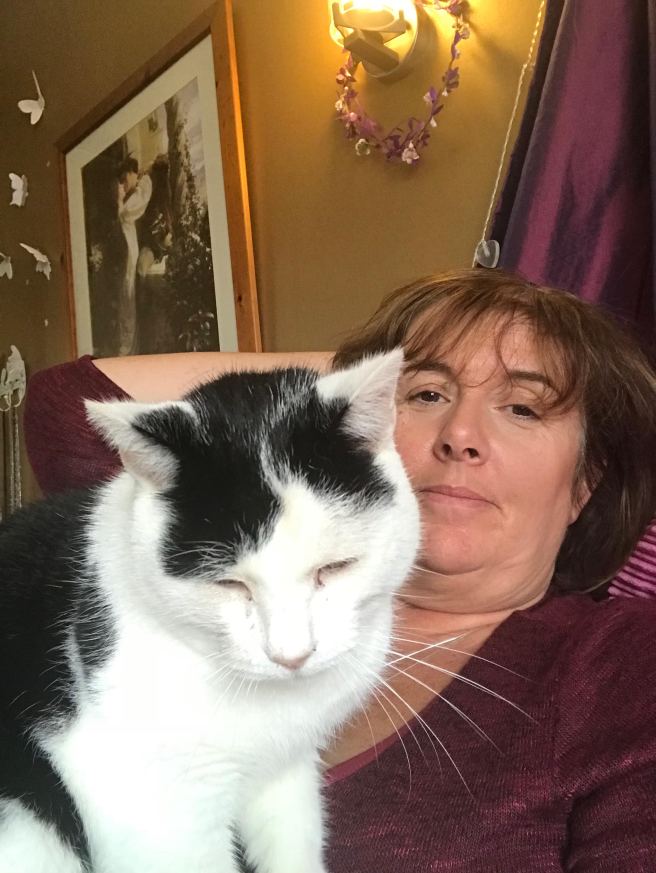 Top left is Rio, right is me and Diego.  And bottom is me and Scooter who never really understood selfies.