A presidential election will provide winter entertainment, but that’s all. 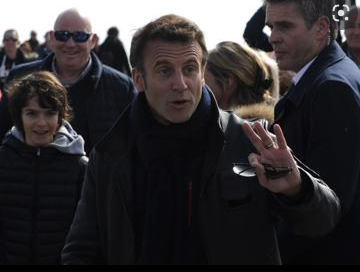 The media loves an election, for obvious reasons.  It provides cheap entertainment, throws up some great rows, and occasionally provides the great unseating of a candidate who looked like a shoe-in.  Normally I too would enjoy the prospect of an election for all those reasons.  I also like to exercise my democratic franchise whenever I can.  Elections make me feel like I have a bit of a say in what goes on, in this weird little island country of ours.

This time, however, I am very conflicted.  Initially I wasn’t one big keen on this Presidential Election.  It will be a large distraction and a waste of money, time and energy when we have lots of serious problems which still are not being addressed by government with any real vigour.  But most of all it will be a pointless exercise to try to depose one of the most popular presidents I can remember.

But then as each week brings a new and more colourfully daft hat fluttering down into the ring, I find myself salivating at the prospect of their mad ideas and of the debates about stuff that has nothing to do with the presidency.  I have run out of stuff to watch on Netflix and so I would welcome the bonus entertainment as autumn takes the light away and winter beckons.  And sure they are all on a hiding to nothing anyway.

Michael D Higgin’s popularity and the affection in which he is held, is gauged easily by the fact that we have given him a nickname, something us Irish only do when we really love someone or something.  Ok, so it’s not quite as reverent as The Big Fella perhaps but Miggeldy is a name loaded with love.  His popularity is cross generational with young people not only knowing who he is, but also liking him.  In the era of Trump, they take pride in the fact that we have a thinker, a philosopher and an activist as our head of state.  If you were designing a president to be the exact opposite of Trump with all his brash, ill mannered, illiterate, incoherent utterings, you would create our Michael D.

Irish people are canny when it comes to politics.  We are usually ahead of the politicians and we know a good thing when we see it.  Our current president is a man who reflects the very best of who we are.  He is a supporter of the arts, a feminist and an activist with a passion for social justice.

But the best thing about Miggeldy or maybe the second-best thing about him, is the fact that he is a poet.  He is a man who can lyrically weave words together to capture our dreams, our aspirations, our sorrows, our regrets.  And he can deliver his words of wisdom with clarity, fluency and eloquence.  His speeches have moved us, touched us deeply and made us think; he reaches our hearts, our souls and our minds.

Michael D understands the Irish condition, the Irish spirit.  His seamless transition from Gaeilge to Bearla and back again is emblematic of the very best kind of teachers.  In fact, he has spoken out about the misguided utilitarian approach to education.  He would never be so crass to refer to this country as ‘Ireland Inc.’  He knows we are a people, a society and not a business.

Like the country he represents, Michael D is small.  But like Ireland, he punches above his weight on the international stage with his gift of powerful oration.

We should bear in mind that the next presidential term will be very important both nationally and internationally.  Against the uncertainty of Brexit and what that will mean for Ireland, we will also be commemorating the centenary of the War of Independence and the Civil War.  We need a president who can reflect the nuances and the tragedy along with the freedom.  We need someone who will instinctively know how to articulate that, gently and with grace.

Despite this, we have an increasing number of, well it seems a bit disingenuous to refer to them as ‘no hopers’ (although, in my view, they haven’t a hope) seeking nominations for a go at the Aras.  The fact that most of them don’t seem to have any understanding of what the office of Uachtarán na hÉireann is about is shocking.  It’s akin to a crew of weekend walkers deciding to compete in the 100 metres with Usain Bolt.  Maybe it’s the air time they crave?  The cult of reality TV luring them out to compete.

I mentioned earlier that being a poet is the second-best thing about Miggeldy.  So, what is the first thing?  And this is a personal call, obviously.  But, for me, the best thing about our president is that he is an animal lover.  That makes me feel safe.  His large Bernese dogs, Bród and Shadow are clearly devoted to their master.  And the man himself is at ease with them as only someone who truly loves and understands animals can be.  I think being an animal and wildlife lover should be an essential prerequisite for the job.

So, in the so-called interests of our democracy we will have this pointless election but sure it’ll provide some diversion over the autumn.  However, I am confident that it will be only that.