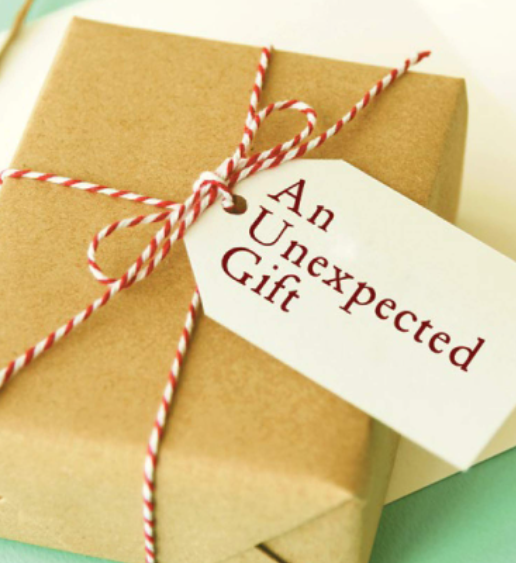 The recent December snowfall, which caused such travel chaos, also brought with it some unexpected and beautiful gifts, which was very appropriate in the run up to Christmas.

The uncommon arrival of such deep snow inserted a large comma into the normally manic days preceding Christmas.  The kid’s school was closed, I wouldn’t drive and so life took on a whole new way of being.  Lighting an afternoon fire and making bedtime hot water bottles became essential and were reminders of a previous, simpler way of life.  As Christmas neared, I made two shopping excursions facilitated by my husband and his jeep.  Knowing I wouldn’t be venturing forth again forced me to focus on essentials as opposed to striving to create festive perfection.  It was the most relaxed Christmas week ever.  Trudging through snow to Mass on Christmas Eve was an added magical bonus of the arctic weather.

But more than all that, I just loved the special quiet that a thick blanket of snow brings.  That uniquely snowy hush as the earth is wrapped up in frozen whiteness.  I was tucking my children into bed one night when my youngest said “mom, listen.  What’s that sound?”

I stopped and listened.  As I whispered “that’s the fog horn on the end of Dun Laoghaire pier” I was whisked back over forty years to my own childhood bedroom in Blackrock, about a mile from the sea.

How many nights did I lie in my bed listening to that very same, regular sound as it floated out over Dublin Bay? If I listened very closely, way off in the distance, the Dun Laoghaire fog horn was answered by the one on Howth Head.  I used to wonder about what ships might be in the bay, hearing the low drone of the fog horns.  Who were on these ships?  Where were they going?  Where they safe?  Was the sound of the fog horn reassuring to them or did it sound an ominous warning.

I used to imagine a young deck hand, a boy perhaps a little older than me, onboard one of these ghost ships of my imagination.  Was he wishing he could be home, tucked up safely in his bed as I was?

Back then I was in national school in Monkstown where I was very lucky to have a wonderful teacher who was steeped in local history and folklore.  She often told us the stories of 18th century shipwrecks that occurred just off the coast of Dun Laoghaire and Dalkey.  Her stories were vivid and totally captivated my childish imagination.  She told us that many of the victims of these tragedies were buried in the old graveyard on Carrickbrennan Road.  So as I lay there on those winter nights, my mind also wandered to their ancient headstones and I wondered if these lost souls could hear the mournful tune of the fog horn. Perhaps if they had been able to hear a fog horn, back on the night their ships sank, their lives could have been saved.  According to my teacher, many of them perished because in the foggy confusion they did not realise just how close to the shore they were.

“What are you thinking mom” brings me back to my daughter’s bedroom.  “I’m thinking about how much I love the sound of the fog horn and how we have never heard it here before.”

What a wonderful gift the snow delivered – a last chance to fall asleep to the comforting, regular, heartbeat of the fog horn on Dun Laoghaire Pier.

Next Tuesday, 11th of January, Ireland’s fog horns, having outlived their usefulness, will be switched off for good.  I doubt I will be alone in missing their lonely yet comforting call on winter nights.