ARE WE UP FOR THE CHALLENGE SISTERS? 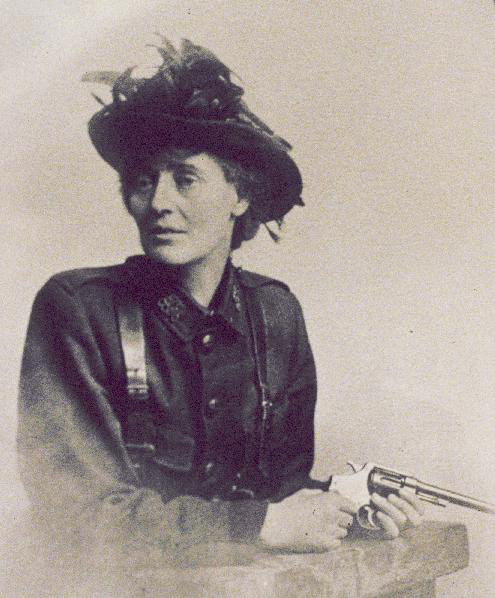 I don’t think I had ever stood in the Upper Castle Yard of Dublin Castle before. As I entered into the hugely atmospheric space last Friday, images from various presidential inaugurations, the Royal Visit and the iconic scene in the movie Michael Collins crowded into my mind. These fleeting images mixed with the echoes of the Castle’s troubled history but neither took from the understated grandeur of the place.

About two years ago I took a deep breath and decided to publicly disagree with journalist and businesswoman Margaret Ward on the issue of gender quotas in politics, a concept to which I was fundamentally opposed. It was a bloody encounter on Twitter which ended in silence when Margaret asked if I had read the literature on the subject. Needless to say I hadn’t.

I still haven’t read any literature but I have opened my ears to the debate and listened to the rationale in proposing this artificial method of ensuring more women at least make it onto the ballot paper. By the time I arrived at the Castle Conference Centre to attend the How To Elect More Women event I had more or less accepted the (seemingly) consensus view that this is the only way we are going to get more women into Dail Eireann.

The conference, organised by the Dept of Justice and Equality, had lined up an impressive cohort of speakers and was moderated by the wonderful Olivia O Leary. This is not a review of the day’s proceedings but there were a few themes that resonated, a few speakers that were outstanding and a few things that occurred to me.

In the first session we were expecting to hear from (amongst others) Susan McKay, CEO of the National Women’s Council of Ireland (NWCI). She didn’t appear – apparently this was in protest at the 30% reduction in funding to the NWCI by the Government. This display of redundant protest struck me as more petulant than effective, particularly as a colleague of McKay’s came along to speak in her place.

Fintan O Toole, was for me, the star of the first session delivering as he did a thoughtful, articulate and engaging speech. He spoke of Ireland being at a critical point in our history. It is time, he told us, to re-imagine a new republic and to begin the process of having an elected parliament that looks like us, with relative representation of women, immigrants etc. He referenced how many women were involved in the foundation of this state with the stark statistic that in the first Dail (95 years ago) there were 23 elected women TD’s ; today there are 25. Fintan finished by stating that the problem of How To Elect More Women is not a case of making women fit the system but rather making the system fit for women.

In the afternoon we heard from Ailbhe Smith, representing the People Before Profit Alliance, who pointed out that along with more women in politics we also need far more women’s voices in media and Mary Lou McDonald (Sinn Fein) who finished her rousing speech with a call to arms “quotas are just the first small step.. what we need sisters is a revolution.”

There was one theme of the day’s proceedings that really shocked me. One of the reasons, repeatedly put forward for women’s non involvement in political life is because they weren’t asked? What? I hear you say. Yep, political, smart women including Ailbhe Smith do not enter politics because they were not asked. Dublin South Central TD Catherine Byrne said she only got into politics because she was asked. Ditto with Sandra McLellan (Sinn Fein TD for Cork East). For what other job would women wait to be asked before applying? It’s no wonder our political landscape is so turgid if entry is by invitation only.

The good news is that there are now two active groups working to assist in getting more women elected to our Dail – The 5050 Group and Women for Election and I am sure that this issue of women waiting to be asked is something they will both be addressing.

So what do I think? Well one of the things that stuck me overwhelmingly have listened to all the contributions is that the Irish (and probably British) system of politics is no place for a parent of young children. Sandra McLelland (Sinn Fein) herself a mother, outlined her life. She is in Dublin Tuesday through Thursday (and sometimes Friday) with weekends spent on Constituency work. Tanaiste Eamon Gilmore also spoke about the time commitment involved in an election campaign along with the invasion of privacy. It’s a mad system which squeezes a huge amount of energy out of the participants for relatively modest returns. In other words TDs spend a huge amount of time in Dublin, attending functions, meetings etc and ‘debating’ in the Dail chamber. One wonders about time management.

This system must change if we are to work towards the vision of a new Republic with a Dail that ‘looks like us’ as outlined by Fintan O’Toole. But I think it will take a strong cohort of women in the corridors of power to effect this change. So it’s a chicken and egg situation.

One of the possible solutions might be a campaign to target older women to encourage them to enter politics. Women whose children are older are more likely to be able to give the crazy time commitment that’s currently required. Once elected, they could then work to dismantle the archaic system we have and begin to make Dail Eireann a more productive and family friendly workplace which would benefit both men and women. This I am sure would result in our having no further need for quotas as women would see entering politics as something that would fit far more comfortably with their family commitments. So we need the big sisters to do some spade work in order that all sisters may participate.

Almost 100 years ago Ireland was to the fore of women’s involvement in politics. Constance Markievicz won a seat in the 1918 General Election making her the first woman to be elected to the British House of Commons (she never took her seat in line with Sinn Fein policy and was unable to attend the 1st Dail either due to her imprisonment). She was re-elected in the 1921 General Election and served as Minister for Labour. She was the first Irish female Cabinet Minister and only the 2nd female Government Minister in Europe. In order to achieve political freedom, the suffragette movement in Ireland were asked to join in the cause of Irish freedom first and that’s women’s emancipation would follow. It didn’t.

100 years later it is time that this debt is repaid. It is long overdue.

with thanks to journalist Carol Hunt for filling in a gap in my own education on women and politics in the early Dail.