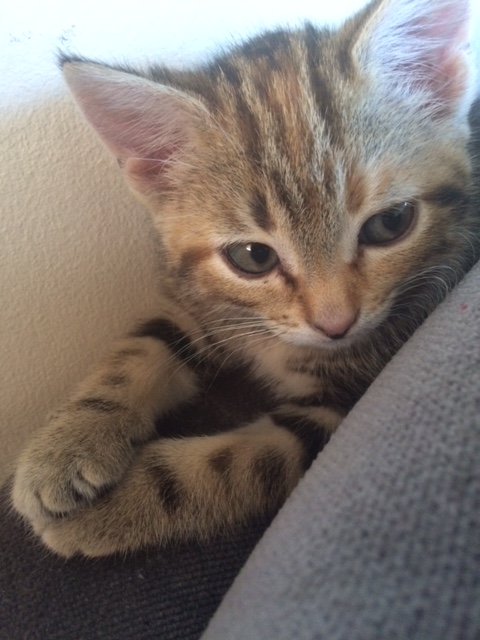 I recently found myself getting broody.  Not for another baby – oh no – but for a little ball of madness that is most kittens. Around the same time the stress levels in the house were noticeably heightened due to Junior Cert and fifth year house exams.  There was a lot of moaning and sighing and such like. So I had a brain wave.  “A kitten, we will foster a kitten” I announced to himself who is never averse to such notions as long as we don’t involve him in litter tray maintenance.  “It will help ease the stress and it will make us all happy”.  I should mention that we are experienced fosterers and we also already have four cats.

It is kitten season so the DSPCA had lots of kittens needing temporary minding until they were ready for rehoming so one afternoon I took delivery of a gorgeous bundle of madness we called Harley.  That evening I was very pleased with my own cleverality as I listened to my teenagers happily talking the special kitty language you need to coax a kitten down from the curtains.  Later that evening I found my 17year old lying on the sofa with Harley curled up and snuggled into her neck.  “Finished study” I enquired.  “Mmmmm” was the reply.

Then the campaign to keep Harley started.  I repeatedly explained that we were at ‘max cat’ with four and that impending holidays made keeping a baby cat impossible.  On day four of fostering, my 17 year-old announced that I wasn’t as clever as I thought, introducing a foster kitten as a de-stressor.  “Why’s that” I wondered.  “Because I am now twice as stressed. I love Harley and don’t want to give him back and I got way less done in the last few days because I am spending time with him.”

Leaving Cert is next year – I mightn’t bother with the fostering.

Anyway we are now all done.  Junior Cert Spanish last Tuesday completed the juggernaut of 11 actual exams and I have a relieved and tired 15-year-old.  So to mark the real beginning of summer myself and the two teenage daughters took off into town to meet himself for lunch and afterwards myself and the teens went to experience Epic Ireland at the CHQ Building in Dublin’s docklands. 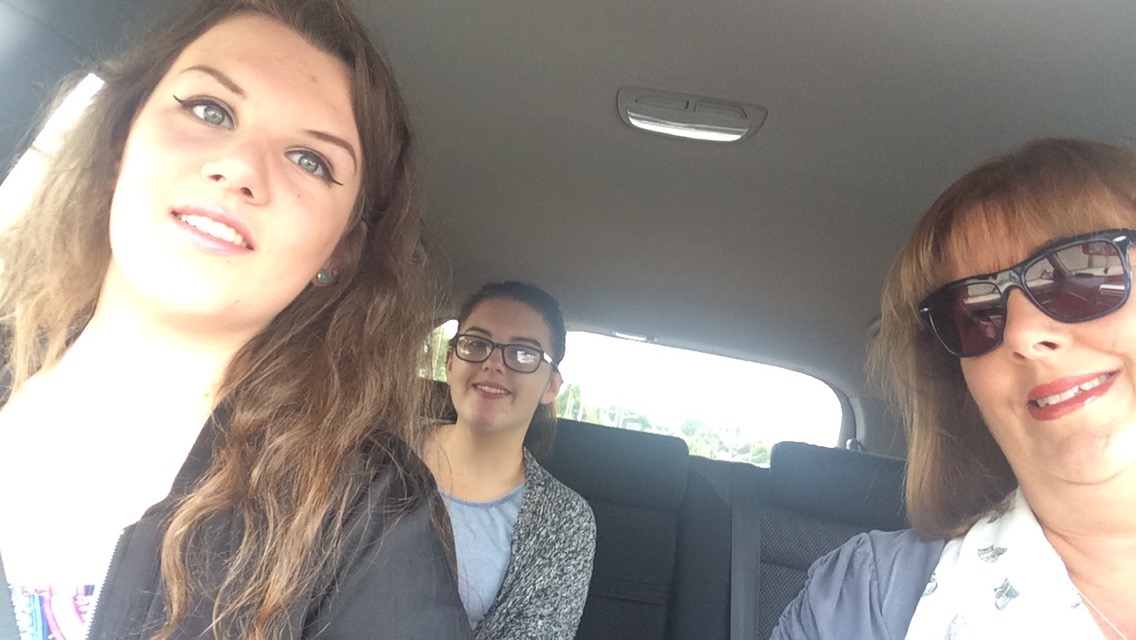 Epic Ireland is located in the vaults of the CHQ building which was originally built as a bonded warehouse for tobacco and wine back in 1820 when it was known as Stack A.  It was redeveloped some years ago as a retail and food space but has really been revived with the recent opening of Epic Ireland which is a wonderfully imaginative and exciting addition to Dublin City’s attractions.

Us Irish love looking inward – wondering about ourselves, about what it is to be Irish and about what other nationalities think about us.  We have a very needy obsession for everyone to love us – something that is currently unfolding in France as our fans pursue some non-existent award for Best Football Fans in the Universe.  Don’t get me wrong – I love the joie de vivre that hordes of over exuberant and inebriated Irishmen are bringing to the Euros but I do wonder if the fact that our soccer team are a bit underwhelming and will be most likely playing their last match tomorrow isn’t something of a relief for the other nations who may be finding us Irish a bit like being in the company of a badly trained Labrador puppy who’s over enthusiasm can be very wearing after a while.

Anyway I digress.  What is wonderfully refreshing about Epic Ireland for me, as an Irishwoman, is that it is a look outward as opposed to inward.  It is a pragmatic gaze at how the world sees us through our diaspora, those who have left, not just hundreds of years ago but right up to today.

The experience is set over a number of different galleries and begins with a stunning silver piece of art depicting all the various modes of transport Irish people have used to leave, from coffin ships to huge modern long haul jet aircraft.  It is a stunning display and th 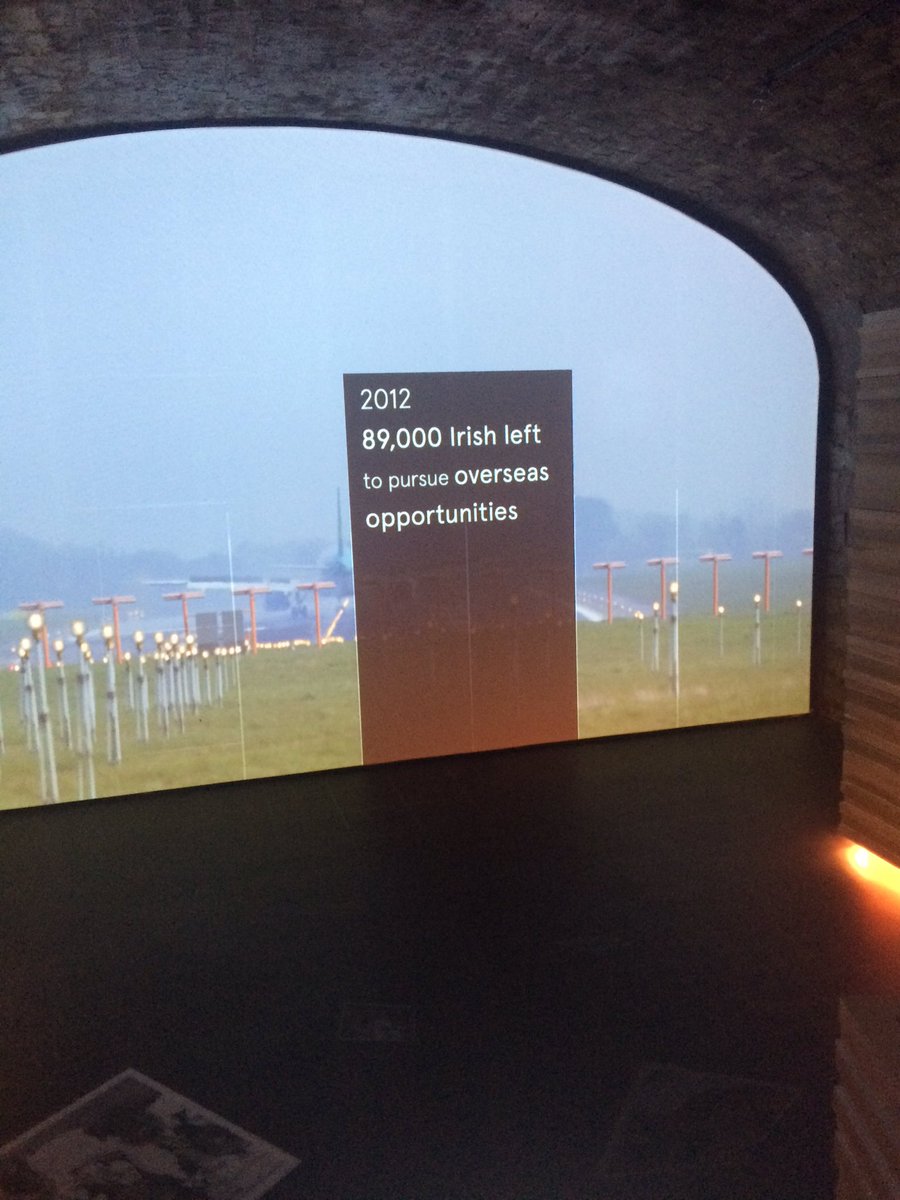 e linking of all emigrants from those fleeing famine to my own eldest daughter’s journey to Perth in Western Australia I found especially poignant.

The galleries tell stories of why people felt they had to leave and then it features some of those who went on to change our world, from Antarctic explorers to American Presidents to Irish Olympians and world famous musicians.

The dark side of Ireland which drove ‘unmarried mothers’ and gay men from this island and the babies who were illegally adopted is also told.  This is no sugar coated tourist centric exhibition. This is a grown up presentation which will appeal just as much to locals as to tourists.  Technology is used to best effect with some stunning displays and a huge amount of interactivity. 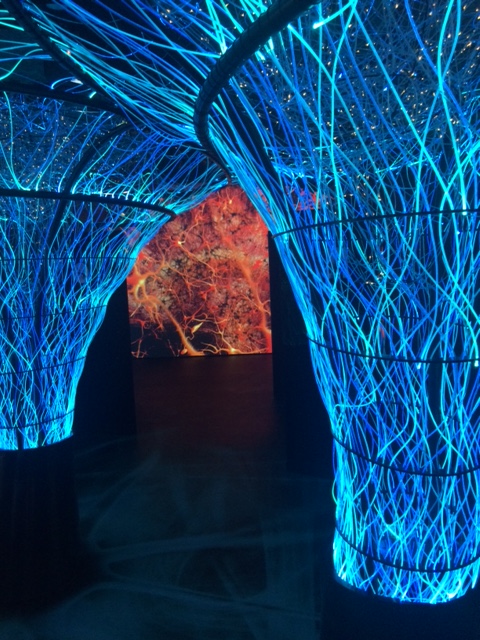 th really enjoyed it thinking it “very cool” – even the one who hates history.

“Who was he?” I asked in front of a captioned photo of Ernest Shackleton.  “Oh he’s yer man who went to the Antarctic with Tom Crean” said the 15 year-old perfectly illustrating our penchant for navel gazing.  Although, I have to say, her answer made me proud.

A wall of Riverdance stopped them in their tracks and I realised they weren’t born when this phenomenon made Irish dancing sexy back in 1994.   “Riverdance” exclaimed the 17 year-old, “it always reminds me of Titanic”.  I am still working on the significance of that… although there probably isn’t one.

We were entertained, amused, informed and moved by Epic Ireland.  As we drove home crowds were heading to the Aviva Stadium to hear Rihanna – who is part of the diaspora too.  Her father is a descendent of the Irish slaves send to Barbados by that nice man, Mr Cromwell.

Epic Ireland is located in the CHQ Building in Dublin’s Docklands – just by the Financial Services Centre.

Disclaimer : I was invited to visit Epic Ireland and so didn’t pay for our tickets.