Gimme some of that ole Chilean magic 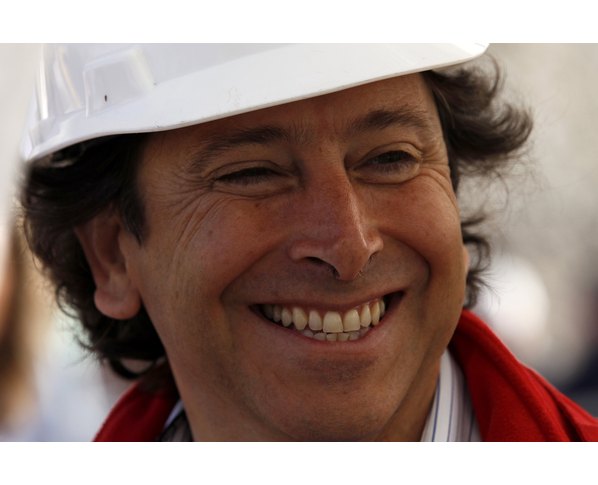 No doubt in order to balance Black Thursday, God in her infinite wisdom, decided last week to gift us with Chilean Wednesday. As I watched the events taking place, thousands of miles away in the Atacama Desert of Northern Chile, with the rest of the world, I too cried. For the first time in months I felt uplifted and hopeful. I also swooned slightly due to the constant presence of the handsome Laurence Golborne, Chile’s Mining Minister whose huge smile shone forth from under his hard hat and dominated much of the coverage. He’s apparently now a superstar in his homeland and has been tipped as the possible next President. He’d make a great guest on The Late Late Show, which is having a dearth of good guests at the moment. But I digress.

I know nothing about Chile, except their red wine of which I am very fond. On Chilean Wednesday I discovered that their Spanish is a lot easier to understand than that spoken in Spain. Perhaps they talk slower. There were other things that struck me about Chile too.

Chileans exude an innate warmth and informality. There was little hand shaking at Camp Hope. No, it was all hugs and kisses and back slapping. Both President Pinera and Mr Golborne (did you notice his lovely teeth?) greeted each miner with a huge bear hug. They also hugged and kissed the miners families and loved ones. Although in the same situation I am not sure how keen I would be on Brian Cowan lunging forward to deliver a hug or even, God forbid, a kiss!

Chileans have sex appeal in a way that I doubt we in Ireland will ever have. Considering that they had just endured 69 days trapped in the heat below the desert, these men appeared as Rock Stars as each one emerged from what looked like a miniature reverse rocket, in their Bonoesque shades. Could you imagine how a group of Irish Miners trapped under a bog might look – even with trendy sunglasses? From the oldest to the youngest, these guys all exuded a confidence that only comes from knowing you look darn good!

Their ‘rock star’ make-over included a team t-shirt emblazoned with the words ‘Gracias Senor’ or Thank God. Only Chilean Miners led by the gorgeous Mr Golborne could rehabilitate God in such an immediate and effective way, given what the various religions have done to him over the years.

I am left in awe of this South American country. We should be very jealous of them.

We need some of this magic. We need some of the media savvy that ensured the whole world shared in this magical rescue. They took a huge risk in inviting us all to be such an intimate part of the proceedings. Had it gone horribly wrong, President Pinera and Mr Golborne would have been left offering explanations and apologies. But it didn’t go wrong. It worked and beautifully. Why? Perhaps because they believed it would. Perhaps because they had ‘Senor’ onside. Perhaps because they have the sexiest Minister I have seen in a long time in charge. All of which does not bode well for Ireland’s recovery from our financial hellhole.