The current talk of an electiricty strike brought this piece to mind.
It was broadcast in 2002 on Lyric FM 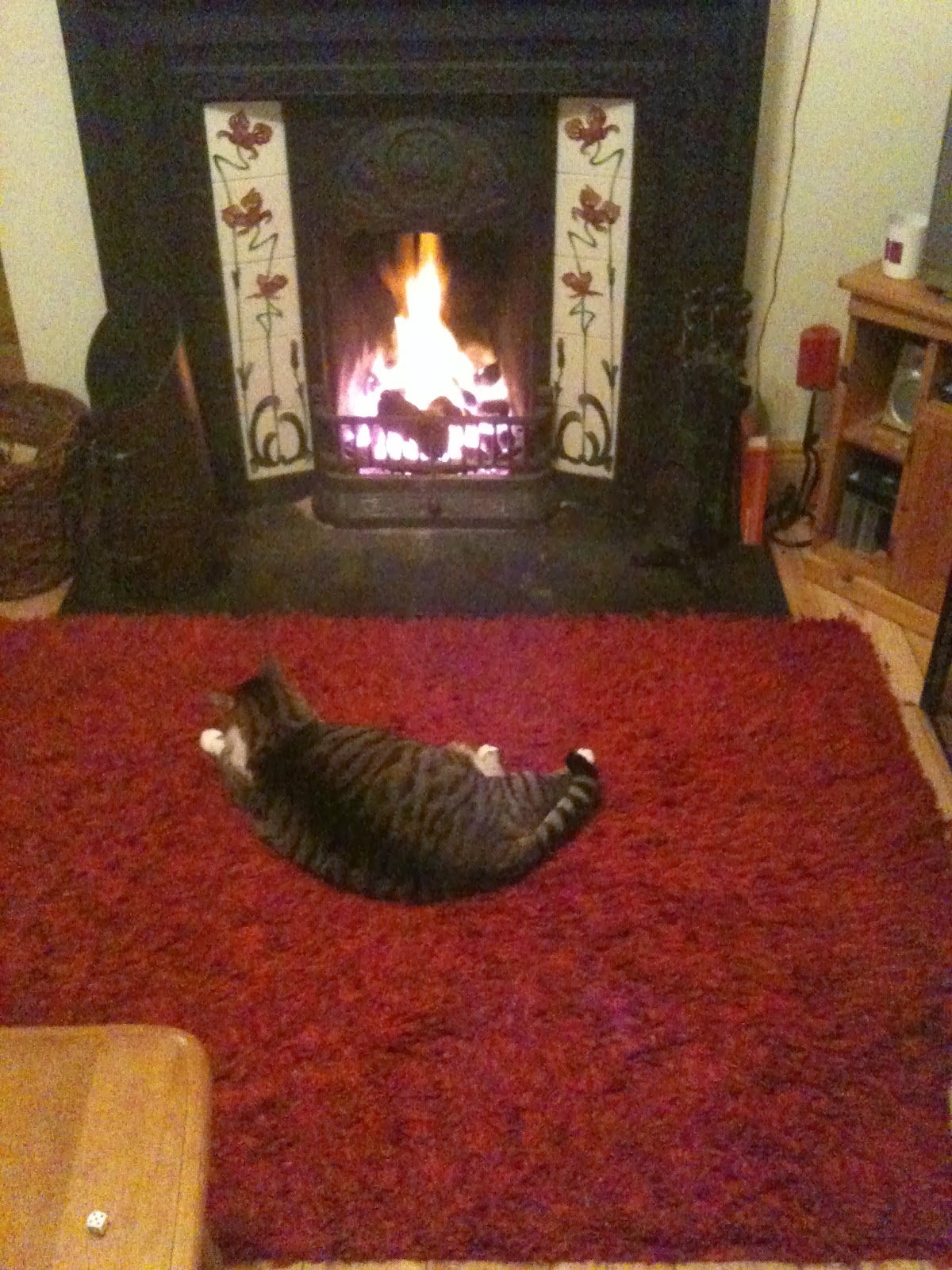 The morning did not start like any other.  I felt the bitter cold as soon as I put my nose outside the duvet.  Our house was never cold in the morning.  Like most, our heating system swung into action while we were still dreaming, thus ensuring we always greeted a new day in the comfort of temperatures worthy of springtime in the Mediterranean.  Not today.  Today I knew it was a raw February morning.  My breath formed little clouds as I hurried through the Siberian temperatures to investigate what had happened to the heating.  As I became more awake I realised it was not just the heating but all the electrical appliances that were inactive at 8am on this Sunday morning.  We had a power failure.
My two small children had followed me downstairs and were standing in their bare feet and light nightwear, shivering and wondering why there was no breakfast on the way.  The house was oddly quiet.
My first priority was to combat the cold and so I set about lighting a fire, something we usually only did on special occasions, such as Christmas or when we are having guests over on a winter evening.  There was great excitement as we set the fire and the children ran back upstairs to get their dressing gowns and slippers and a blanket to wrap themselves in on the sofa.
“Can we watch Barney mom” they asked and I gave a quick and simple explanation of electricity, which like air, only seems important when there’s none.
“Well can we have our toast now?.”   I was about to explain about the toaster also needing electricity when I remembered that we could make toast at the fire.  Bread, butter, jam and a long handled fork were assembled on the coffee table and I positioned myself on a low stool at the hearth and began to hold the bread towards the flames.
The children giggled excitedly under their blanket mesmerised by the flames and intoxicated by the smell of the slowly grilling toast.  Our world had condensed into this small area of delicious heat and light around the fire.  The only sound was of their little voices, marvelling at this unexpected adventure at breakfast time and the crackling of the fire.  We were joined by the cat, freshly returned from her nocturnal wanderings.  Cold and tired, relishing this unusual luxury, she laid her weary bones on the hearthrug at my feet.
It was a precious moment of pure contentment.  One of those moments when God seems to make a simple but very direct attempt to strip away the distractions of life, distilling it down to the core.  He then says very clearly, remember this moment.  This is what is precious.
Held in this moment of time, suspended in the firelight, I am transported back to the days of my own childhood.  I remember it was my father who taught me how to set a fire and my mother who had first held my bread to the fire to toast it.  I have a moment of supreme clarity when the threads linking me with the past, with my parents and grandparents are as tangible as the flames which dance in the grate.  I look into my children’s eyes and strain to see the threads stretch into their future, to their fireside and my own grandchildren.