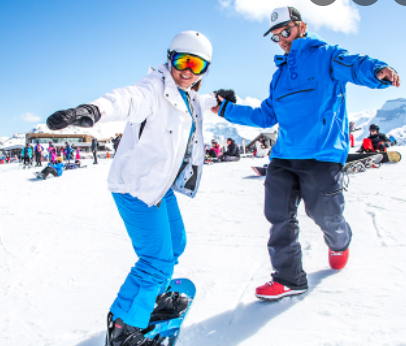 In the suburbs, leafy and otherwise, the only remaining evidence of The Beast from the East, Storm Emma and the little brother of the Beast are mounds of dirty, icy snow languishing in dark corners of footpaths and gardens.  Looking back, I can now reflect on the things I learned during this ‘time out’.  Little personal lessons perhaps, but ones that may come in handy if we continue to thrash our planet and so leave ourselves open to these extreme weather events in the future.

The first thing I learned is that heavy snowfall makes your garden glow at night.  I could see right to the hedge at the end of my garden in the darkness.  This light bounce coupled with the silence that a blanket of snow brings, made me feel safe.

The second thing I learned is that teenagers can watch ‘Friends’ literally all day, every day.  The theme tune to the series along with the canned laughter is a unique form of aural torture.  Joey, Rachel and the rest of them are now banned when I am at home.

Our inner child is only a heavy snowfall away.  My daughters, ages 19 and 17 were making snow angels and having snowball fights with neighbours (the oldest of whom is my age) at midnight one night.  Well, until another neighbour got a bit sassy about it.  So I guess we don’t all regress… but most of us do.

There is a wonderfully smug feeling remarking on which of your neighbours have bad insulation judging by how quickly the snow melts from their roof.  Of course, I was viewing from inside my own house and therefore had no idea how my roof was faring.  Although on Day Three of the ‘big snow’ our central heating sat down.  The fan gave up the ghost.  And so, to the uninformed, it must have looked like we had the best insulation on the road, when in reality the house was descending into the freezer.  So, there’s another lesson right there – get your boiler serviced every summer people.

If you are of a certain age, having no heating when it’s very cold outside is very nostalgic.  I regaled my teenagers (when they weren’t watching ‘Friends’) with tales growing up in a house where there was ice on the INSIDE of windows and where you see your breath when you woke up in the morning when it was cold.  The reality for us however, was that with open fires and the kindness of neighbours who supplied electric heaters, we didn’t suffer too much. One major positive of no heating when you live in a house of women (himself was away skiing during the Big Snow – oh yes, the jokes write themselves in my house) was that times spent in the shower were cut to a minimum.  A cold bathroom is a special kind of agony.  But than there were no rows about the almost always vacant bathroom either.

When I wasn’t staring out the front windows at the neighbours rooves, I was at the back windows, staring into the garden which suddenly was alive with wildlife.  Hungry wildlife.  Usually nocturnal, foxes visited during the day.  And the birds were desperate for a bite. First thing in the morning I donned my snow patrol (boom boom) outfit and crunched through the virgin snow to feed stray cats (there were two), foxes and birds.  We ran out of bird seed so the birds had a rather sophisticated diet of apple and diced cheddar cheese with some stale buns or cake. (A minor lesson is that I bake like a crazy woman when it’s snows).

I also attempted to keep some water unfrozen for my feathered friends by pouring hot water into the bird bath and then standing guard till it cooled, in case a little birdie accidently boiled itself to death. It was a serious job, looking after them all.  I felt like a proper farmer.

Domestic animals were a bigger problem though.  Well, in fairness it was just the cats that were an issue.  ‘Nice but dim’ as my mother calls our dog (whose real name is Dylan) loved the snow and bounded out every morning to do his business even though it must have resulted in a frozen ass.  And that’s the other great thing about a snow-covered garden.  Poo freezes very quickly and is easy to both spot and remove.

But I digress… the cats.  Refused to go out.  Point blank. They were unanimously horrified by the weather and so went on strike.  Being an old hand at this cat slave malarkey, I knew I had to get them over their reluctance before they decided to use some corner of the house as their new loo.  So once every few hours they got unceremoniously dumped outside, yep in the snow.  And they got the message.  Once they realised they weren’t going to die in the white stuff in the garden, they did their business in jig time and raced back indoors.

Between the domestic and wild animals, I was a busy woman.  Which is just as well, because the next truth is that I did no work.  Being confined to barracks I thought would have resulted in hundreds of thousands of words being written.  But no.  I drank lots of tea, stared out windows, read my book and ate chocolate.  And therein lies another truth.  Snow makes me crave chocolate; something I am normally not bothered about. Then disaster, we ran out of chocolate.  While others worried about bread (and readers, I bought a couple of those packet mixes for soda bread; and that’s my top ‘Big Snow’ tip right there – you’re welcome), we missed chocolate. Until, ahem, we broke into the Easter Eggs.  No, we’re not ashamed.

And that brings me onto the next and important lesson; which is that I LOVE my newspaper.  And not just because one (this one) prints my words regularly, but because my breakfast wasn’t right when I had no actual paper to study over my cereal.  Reading online isn’t the same.  It’s like books.  Kindles are just for holidays because you can’t bate holding a real book.  Now I know you can’t bate a newspaper either.

Talking of news, that was the other special torture we endured; the non-stop coverage on broadcast media.  I love talk radio but my God, the endless reports from all around the country got very tiresome.  TV it was even more tortuous by the appearance of well-known correspondents, frozen to the bone and NOT WEARING HATS as they, well, a lot of the time they kind of waffled, about snow here and snow there. I know RTE is under financial pressure but Dee, if you are reading this, maybe kit out the lads and lassies for next winter.  Big parkas and furry hats a la Will Goodbody who was the only reporter I saw who looked reasonably cosy in the snow.

So ten days post Big Snow I can say that I am a wiser woman.  I am a fatter woman.  I read some great books.  I did no work.  I realised just how much I love animals and how much fabulous wildlife is on our doorstep in suburban Dublin.  And I know that at the first mention of red alert next winter, I will stock up on a mountain of chocolate.

(Check out my twitter feed (go to media) to see some video of our visiting foxes. )