‘UNTIL THE NEXT TIME 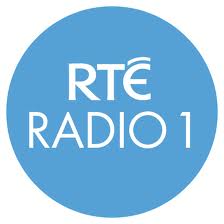 I have been getting a huge reaction to my piece ‘Until The Next Time’ which was broadcast on Sunday Miscellany on RTE Radio 1 last Sunday 21st April.

You can listen to the podcast of the programme by clicking the link here.  My piece is about 31 minutes in.

Here is the script of the piece…..

“Well, that’s about it I suppose…. no more news.”
I hate these words as they usually signal that our conversation on Skype is coming to its natural conclusion.  Except that there is nothing natural about Skype.  It’s contrived and forced and virtual.  It’s the best thing we have when we are 9,000 miles apart but it’s not real.
We finally hang up… after the lengthy ‘bye so, ok bye, ok love you, ok bye, bye, bye’ thing we do, as my cursor hovers over the red ‘hang up call’ button on screen.  Then there’s that horrible noise that sounds like something being sucked down a drain and she’s gone.
The picture of her, dressed in her pink PJs lying on her bed stays with me as I imagine her jumping up to head off to brush her teeth.  A few moments later and she will return to climb into bed under the lightest of cotton sheets, her beloved black cat settling down beside her.  I sit staring at my laptop and curse that yet again I have nothing interesting in for lunch.
Then I curse the bloody weather and freezing temperatures, I curse Enda Kenny and his entire cabinet, I curse Fianna Fail before them and finally curse the gaping huge distance that separates me from my first born.
I allow myself a few minutes to wallow in the frustration of not being able to give her a hug….. or to receive one of hers.  I desperately want to be able to smell her hair and wonder at glow of her beautiful skin.  I want feel the air around her shimmer as she laughs.  I want to  savour the sound as it falls all around me.
Then I get cross with myself for feeling sorry for myself when I know so many in this country are suffering fates much worse than mine.
I bang cups and plates around in the kitchen and the dog looks at me with his doleful eyes, sensing that there is violence and anger bubbling gently somewhere just beyond his perception.
I make a cup of tea and sit at my kitchen table.  The dog settles at my feet.  And for the hundredth time I realise that right now what I want more than anything else is to have her sit opposite me and to talk rubbish and gossip and giggle.  Hell, I would even take an argument with her if it meant being able to share her space, to be in her energy.
I want to look around me and see the imprint of her life in mine.  A handbag here, a scarf there, shoes abandoned by the front door.  I miss her always, but sometimes desperately.
She is probably sleeping now in the heat of the Perth night, under the languid movement of a ceiling fan.  I think of all the nights when she was little and I would check her room before I retired to bed.  Bending down to stroke her hair and pull the duvet up higher. I didn’t know then how precious those days were.  Perhaps it’s just as well.
I don’t know when I will see her again and perhaps that also is just as well.  Because right now all that is keeping me sane is the vague hope that somehow, in the not too distant future, the possibility of making the trip to the other side of the world will suddenly reveal itself.
I drain my tea.  “Come on dog, let’s go for a walk”.  The pain has passed.  Till the next time.