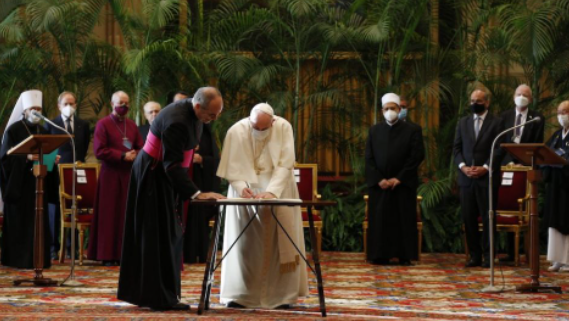 The summer of 1979 will forever live in my memory as that special gap summer that occurs after you leave school and before you embark on the next phase – be it college or work.  It was a summer of delicious discovery, of excitement and of freedom.  I was 17 and by that September I was settling into a new routine, as I began a commercial course (ask your Ma) while waiting for my dream job in the travel business to come along.

Summer was just about over, when in the early hours of Saturday morning, the 29th of September I was walking home with friends through Glenageary and Sallynoggin after watching the Late Night Movie at the Forum Cinema in Glasthule, where I think the only late movie ever showing was ‘Pink Floyd, Live In Pompeii’.  As we trudged through the normally sleepy suburbs in the darkness, we were stunned to see front doors opening and families pouring out, into their cars, armed with fold up chairs, blankets and picnics.  We had no interest in the visit of the new Pope John Paul II but we were most certainly in the minority.

39 summers later and I had even less interest in the visit of Pope Francis but I was interested to see how our country reacted this time and if Francis was going to take the opportunity to do or say something of real consequence, given the current place the Catholic Church finds itself in, especially in Ireland.  So, I watched the speeches in Dublin Castle as they happened. The symbolism was fascinating.  The head of one of the largest religions on the planet, that believes gay people are “intrinsically disordered” being addressed by our Taoiseach, a gay man.  And in the front row sat a former President and canon lawyer, Dr Mary McAleese who has referred to the Catholic Church as ‘an empire of misogyny’ and has labelled their teaching on homosexuality as ‘evil’.  Leo Varadkar delivered a well-crafted, pointed speech and as we know Pope Francis reply was… well nothing new.

In his speech Varadkar referred to the Irish people remaining a spiritual people, a people with faith, something I absolutely agree with.  But by their non-attendance on the streets and in the Phoenix Park, the people gave a clear indication that they make a huge distinction between their personal faith and the architecture of the church – the hierarchy.   The Catholic Church, for its own best interests, should heed this message but more importantly, the Irish Government should take great cognisance of what happened last weekend.  If Varadkar’s words are not to be lost on the wind to become meaningless noise then a series of government actions should flow from what we learned.

Firstly, ownership and control of our national schools should be put into the hands of the Dept of Education.  Currently somewhere in the region of 90% of our primary schools are under ownership and control of the Catholic Church.  This is not appropriate in a modern republic.  Our publicly funded hospitals should also come under the control of the Dept of Health and religious orders be removed from their running completely.

The second action that should be taken is for the women and babies who suffered in Magdalene Laundries and other institutions should be honoured and commemorated.  And the most appropriate way to do this is by the setting up of a museum in their memory.  The obvious location for this is in the last remaining laundry in state ownership, in Sean McDermott Street which is at the moment earmarked by Dublin City Council to be sold to a Japanese Hotel chain.  You can sign a petition to stop this sale here.

Lastly the government should immediately pass legislation if necessary to force religious orders to open their books and files to allow people find their families.  To finally obtain their identity.  To continue to allow the orders to thwart people is particularly cruel.

These actions are important because the horrors in our past can’t just be left at the door of the Catholic Church as we turn our backs from the hierarchy.  The state and the people of this country were complicit, particularly in the treatment of women who became pregnant outside of marriage and their children.  This new republic that Varadkar refereed to cannot exist if we don’t’ take ownership of our role in these dark episodes and make sure that these stories are not forgotten.  I think the people know this. The question is, do our politicians?