CRASH LANDINGS IN OUR GARDEN 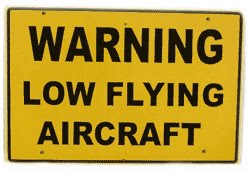 Presumably when the wind blows from a certain direction, aircraft heading to Dublin Airport are directed to a different approach or runway to that which they normally use. So most of the time, we are blissfully unaware of the comings and goings of the jets. But reasonably regularly the wind goes around the other way and so do the airplanes. This alternative route takes them right overhead our house. Yep directly overhead.

Now, we live, I suppose about 12 miles from Dublin Airport but by Jove (as my Grandad used to say – who is Jove?) sometimes I really feel that these aircraft are coming in for a landing in our back garden.

Tonight is such a night. And it is a busy night at the Airport. Every five or ten minutes my literary efforts are punctuated by the roar of jet engines overhead. It’s not a sound that grates in the way a car or house alarm would. But it is so powerful that it always, just for a nano second, conjures up possible imminent disaster in our garden. Just fleetingly I wonder if I could tell if a pilot had got things wrong and in fact was bringing in his airplane too low. What if what I was hearing was the roar of a doomed jet.

So I eventually give up on writing anything worthwhile and turn over to sleep. My dreams are then full of slow motion crashes in the field just beyond the garden hedge. And then I wake up in the morning, feeling guilty. I should have known that the plane sounded wrong. I should have been able to avert disaster.

The result of all this is that I spend the day with a vague feeling of unease and flashbacks of something that didn’t happen. And I go to bed hoping that the wind has turned again, taking those bloody jet aircraft with it!