FEELIN’ THE LOVE AT CHRISTMAS

Now I can explain this picture and I would immediately draw your attention to the expression on Simba’s face. He is positively blissful! I think I was keeping him warm, although to be honest that was not my intention.

Over the Christmas, Simba had taken to sleeping on MY rocking chair (well Barbara thinks its hers – but it is actually mine). For a couple of days I tried sitting on the floor staring up at him to make him move. But that didn’t work and so I decided to take more direct action and climb up and sit on him. That kindof backfired though, as he seemed to like it! So it is now a race to see who gets the rocking chair first! 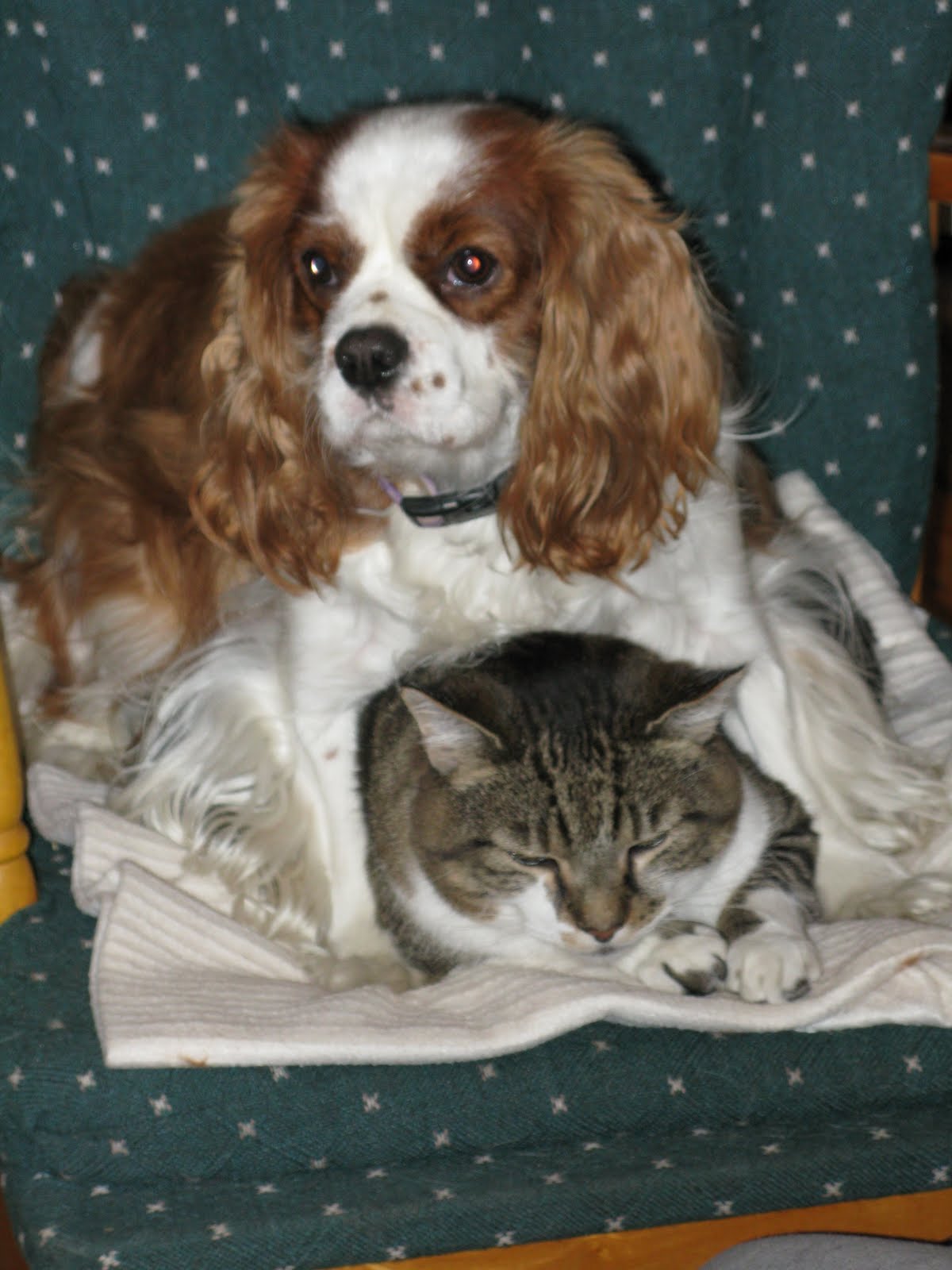 I did get some walks in over Christmas and boy was it very cold. There was nothing like coming home to find the fire lit and the glow of some candles and I could snuggle up on the sofa with my other pal, Pasqua! 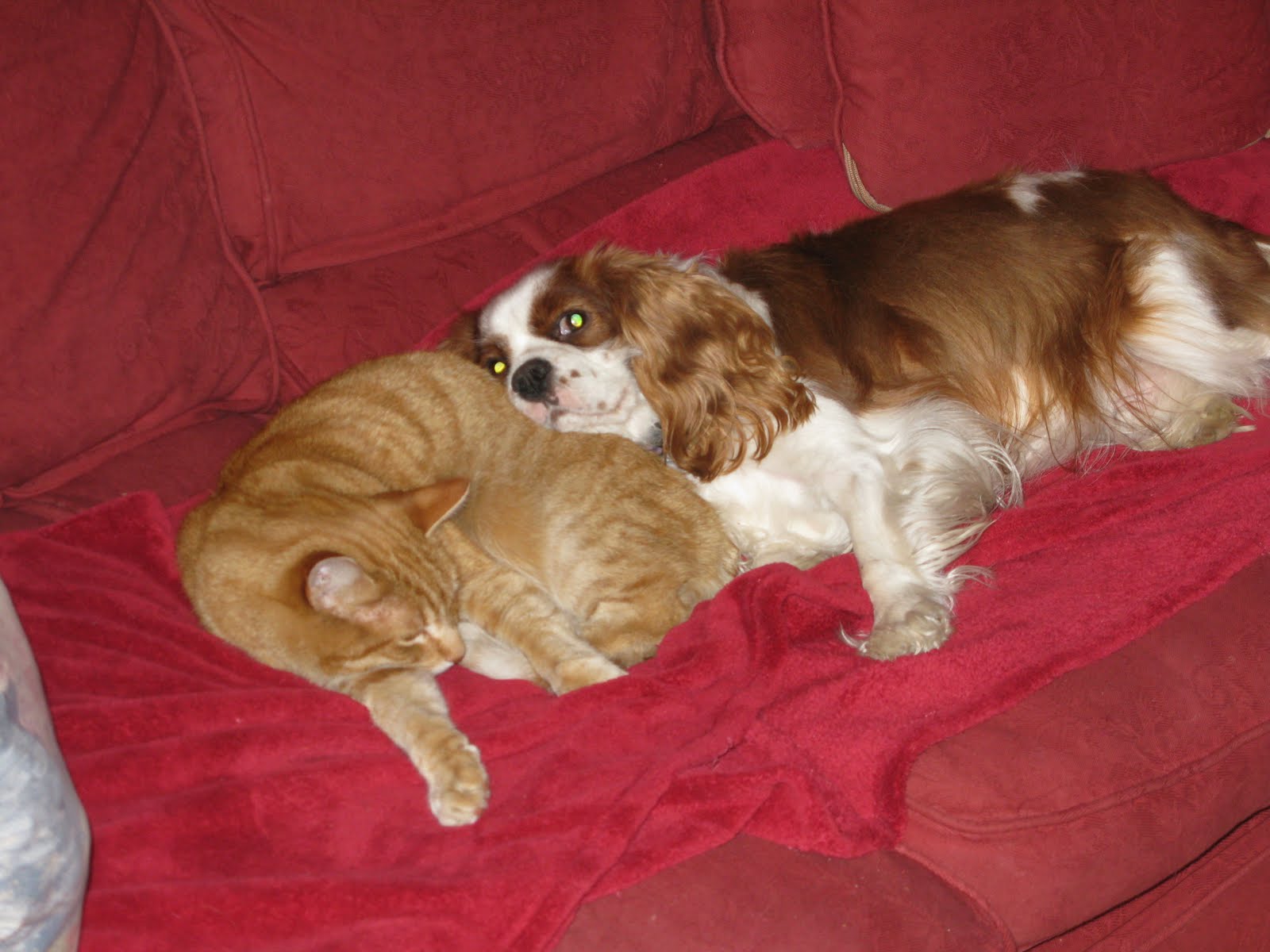 Hope your Christmas was as good as mine!
Barbara will be back soon,……. apparently!
Lots of love from
Dylan